OneNet’s network infrastructure group is what you might call a ‘boys club’. For Nick Thigpen, a network technician at OneNet, the location of their offices and the time they spend out on call has given them a special sense of comradery.

“We work well together. We’re a team.” 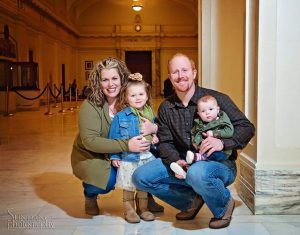 Nick with his wife Nicole and children Brinlee and Layton.

The brotherhood developed amongst the infrastructure technicians and engineers is evident to everyone at OneNet, and that’s Thigpen’s favorite part about his job.

“I’ve been in jobs where products were the main priority. Here, the network is important, but people are always first.”

Thigpen has been a member of OneNet since 2014. His job involves securing OneNet’s fiber across the entire state. If someone in Oklahoma needs to dig for construction, they call OKIE811, a hotline that determines if their digging would interrupt any service lines. If OneNet has fiber in that area, Thigpen or another technician drives to the site and marks off the network lines.

The infrastructure group also ensures that fiber is physically secure within our customers’ data centers. 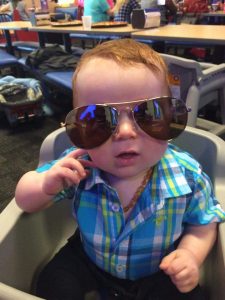 “Sometimes it’s a 500 pound battery we have to fix, and sometimes it’s that someone just forgot to shut their door.”

Either way, OneNet technicians are always available to ensure safety for customers. A technician is on call 24 hours a day in case a OneNet customer loses connection or has a security breach. Thigpen has been out on calls at 10 o’clock at night to address network issues.

The ever-changing, fast-paced nature of the job is what drew him to OneNet.

“It’s not a job that you can get complacent in. You’re always going to have to learn something new, which I like to do. It keeps me on my toes.” 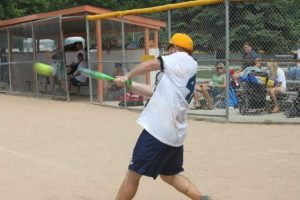 Thigpen’s background allows him to enjoy the often physical nature of his position. He graduated as a student-athlete from the University of Central Oklahoma (UCO). Baseball was his entire life for most of his younger years, and he even went on to coach at UCO after graduation.

“I actually hold the record for most stolen bases at UCO. I was fast, so I played second base.”

Thigpen still loves the game and has continuously played in recreational teams since his glory days, and he’s passing that love of the game onto his two children as well.

“In my spare time, I coach my daughter’s tee-ball team. It’s a headache, but it’s fun.”

After college, Thigpen joined the Air National Guard to gain work experience. He’s served for five years as a staff sergeant and logistical planner and previously served a deployment in Afghanistan.

If OneNet were to have a competition for most eclectic job titles, Thigpen would be in the running. In addition to dad, husband, technician, baseball coach and serviceman, he can add mailman to his list of former jobs. 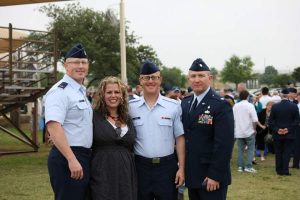 Thankfully, he insisted he wasn’t the type to refuse to deliver mail if your mailbox was blocked.

“I was definitely not that guy.”

Despite varying interests, passions and hobbies, the desire to serve others is a common trait amongst employees at OneNet, and Thigpen is no exception. As a serviceman, baseball coach, mailman or technician, Thigpen is eager to go above and beyond. 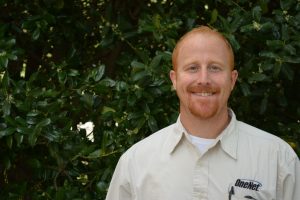 "I've been in jobs where products were the main priority. Here, the network is important, but the people are always first." -Nick Thigpen, Network Technician since 2014