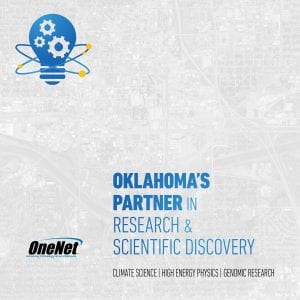 As Oklahoma’s research and education network, a vital component of OneNet’s mission is to support our state’s research initiatives. By offering our customers the most advanced network in the state, we make it possible for Oklahoma’s scientists to participate in world-class research. Our network supports big data movement across the state and around the globe. Since 2009, OneNet’s high-speed network has helped Oklahoma scientists bring $46+ million in research grants to the state. The following list of initiatives highlights OneNet’s leadership in Oklahoma’s research community.

In June 2015, OneNet deployed a 100Gbps ring to enable big data transfer for Oklahoma’s research universities. The ring connects researchers at the University of Oklahoma in Norman and Oklahoma State University campuses in Stillwater and Tulsa to OneNet and our connection to Internet2’s 100Gbps nationwide network. As weather, physics and other research drives demand for big data movement, OneNet has strategically positioned our state to participate in world-class research around the globe. Learn how OneNet and our 100Gbps network advances weather research at the National Weather Center by watching a highlight video.

Known as OneOCII, the OneOklahoma Cyberinfrastructure Initiative is a statewide strategy for academic research computing in Oklahoma. OneOCII has achieved research technology improvements for OneNet, Oklahoma State University, the University of Oklahoma and Langston University, as well as similar institutions around the state.

Internet2 is a research and development consortium led by universities, research institutions, government entities and cultural organizations working in partnership to develop and deploy advanced network applications and technologies, to solve technology challenges and develop solutions to advance research. In addition, Internet2 is 100G-400G enabled, making it the nation’s fastest coast-to-coast network for education and research.

OneNet is Oklahoma’s only connector to Internet2. Through OneNet, higher education institutions and other OneNet customers have access to Internet2’s high-speed network and other services. OneNet’s research and education traffic travels from Oklahoma across Internet2 to reach other national and global destinations. Internet2 enables the ability for Oklahoma’s researchers to move large data sets to other researchers through high-speed connectivity.

The Quilt is a consortium of regional optical networks across the United States that cooperate in the advancement of common goals. The Quilt facilitates  interaction with local, state and national groups in establishing best practices in a number of areas. 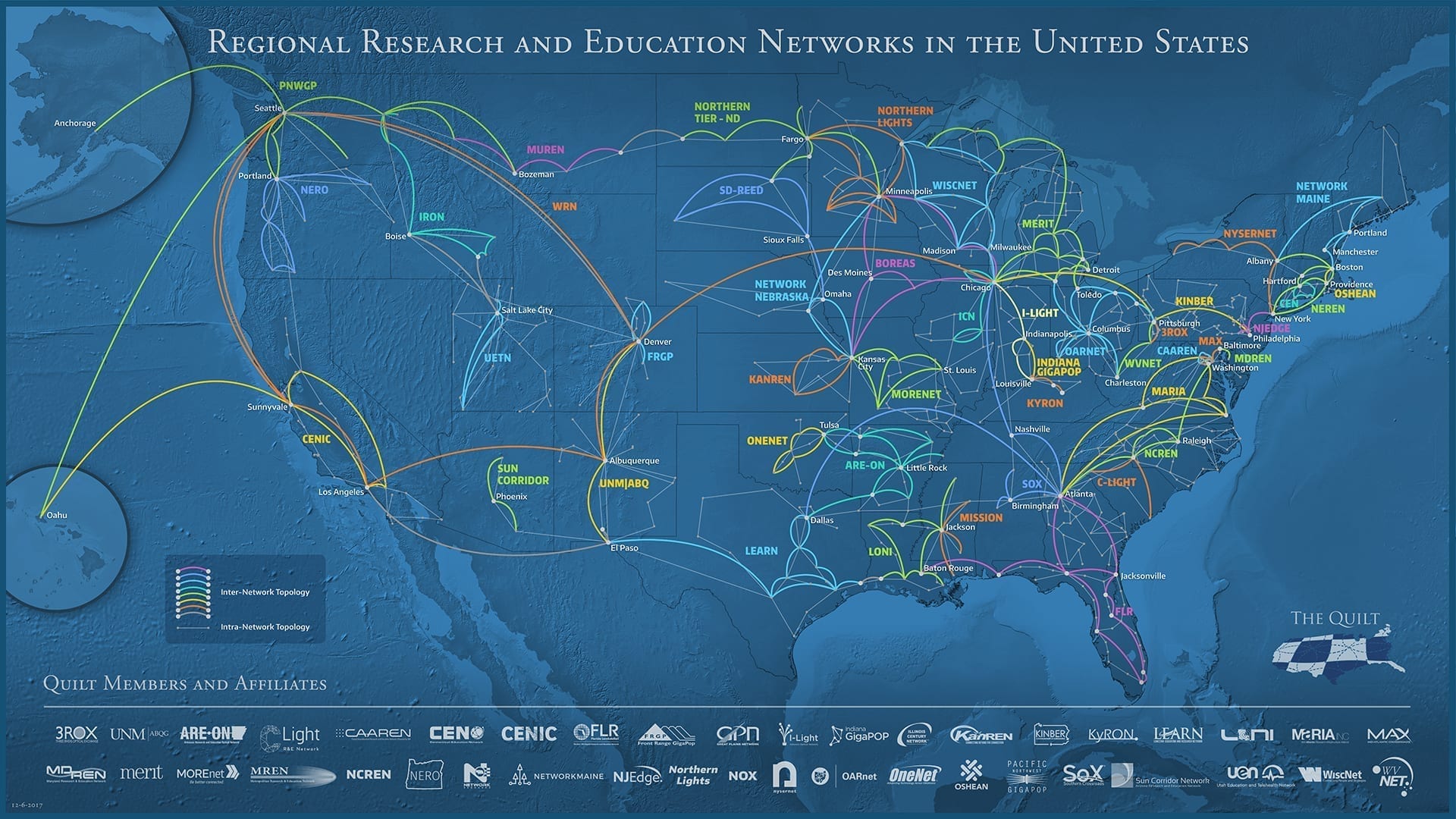 The Great Plains Network is a consortium of universities and networks in the midwestern states, dedicated to supporting research and education through the use of advanced networking technology.

OneNet’s partnerships with Great Plains Network and Western Regional Network provide regional connectivity for the south central states and connections to the West Coast. Through these partnerships, OneNet is connected to Internet2 and the Pacific Wave International Exchange, which support advanced research and scientific discovery. These connections all work together to ensure research institutions have a dedicated fast lane on the internet highway to transfer research data globally. 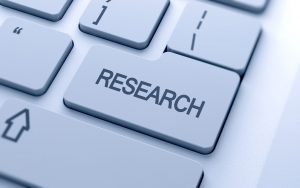 Learn more about research OneNet supports at two of Oklahoma’s public universities, The University of Oklahoma and Oklahoma State University. Follow these links to see recent videos on our partnerships.

The National Weather Center at the University of Oklahoma