After connecting to Internet2’s 100G network in fall 2012, OneNet launched a plan to build a 100G ring around the state to support Oklahoma researchers’ need for big data movement across the state and around the globe. The first phase is complete and connects Oklahoma State University (OSU) campuses in Stillwater and Tulsa, the University of Oklahoma (OU) in Norman, and OneNet in Oklahoma City.

Oklahoma’s demand for big data movement has grown, and new strategies are needed to support the state’s research investments. OneNet’s leadership identified the need for a high-speed network to enable the work of leading-edge scientists, high-end supercomputing centers and massive data movement.

“Through our partnerships with research teams at Oklahoma’s higher education institutions, we saw a need for higher bandwidth to support the production, analysis and transfer of big data among institutions and outside the state,” OneNet Executive Director Vonley Royal said. “The 100G network provides the infrastructure necessary to maximize research investments in Oklahoma.”

One research program that will benefit from the network expansion is the Oklahoma Center for High Energy Physics (OCHEP), a collaboration of researchers at OU, OSU and Langston University. OCHEP scientists are conducting research for the ATLAS project, a high-energy physics experiment at the Large Hadron Collider at the European Organization for Nuclear Research. ATLAS is one of the largest physical science collaborations ever, with more than 3,000 physicists from more than 150 universities and laboratories in 34 countries.

ATLAS explores the fundamental nature of matter and the basic forces that shape our universe by examining head-on collisions of protons of enormously high energy. To analyze ATLAS data, massive computing, storage and data transfer are needed, and those needs are expected to grow over the next few years.

“Particle physics experiments have large networking needs, since data must be transferred among scientists,” OU research scientist Horst Severini said. “Network consumption will double annually for the expected 15 or more years of the ATLAS experiment as raw data production and analysis increase. The 100G connection will assist us in coping with the impending data tsunami.”

Researchers will benefit not only from the higher-speed connection but also from the network design. The 100G ring utilizes software-defined networking (SDN), which offers enhanced support for users.

The implications for research in Oklahoma are significant. Supporting big data movement is vital to advancing the research efforts of the state’s scientists, and their work not only impacts the state, but the future for all of us. OCHEP’s project is one example that will have far-reaching effects for the scientific community.

“The ATLAS project is probing the frontier of human knowledge through innovative technologies,” Severini said. “OneNet is a vital partner in supporting that technology by providing the bandwidth capacity needed to implement it.” 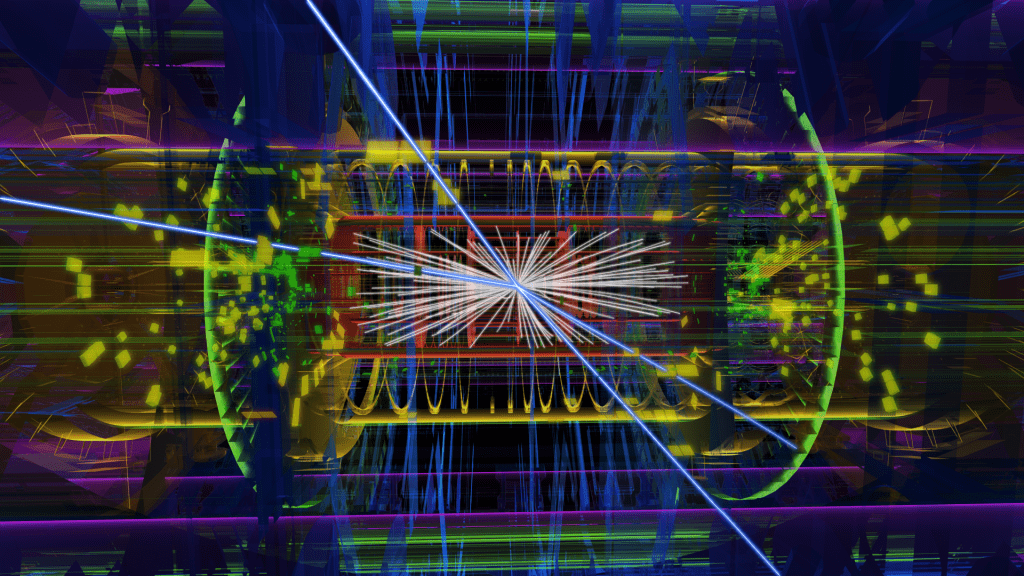