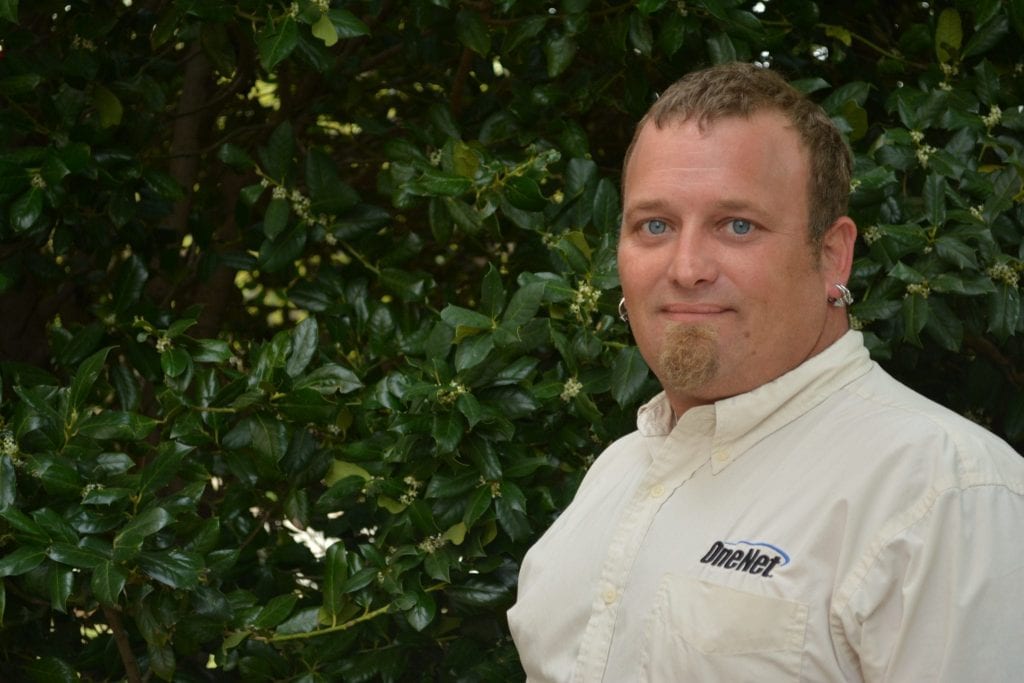 Not everyone considers weird yard art a part of their everyday routine, but Chris Simon is no ordinary OneNet employee. As a network technician for OneNet, Chris drives across Oklahoma to install new circuits and to diagnose or correct issues with current circuits.

Hailing from Tahlequah, Oklahoma, Chris is the father of two kids. He counts his daughter, Chelsea, and son, Brett, as his prized possessions.

He loves to spend time with his kids, but what many don’t know is he also loves to spend his time playing PlayStation 4, watching BBC documentaries and participating in historical reenactments of medieval warfare.

With such an exciting variety of hobbies, one might wonder when Chris has time to work. However, his work, after his kids of course, is what is most important to him.  Chris said that the network technicians handle anything that requires driving out into the field.

Chris doesn’t mind all of the driving. In fact, he considers it one of the best parts of his job. His office is his truck, so he is always guaranteed to be near a window with a great view. When asked what drives him in his career, Chris laughed and said, “A Chevrolet.” It is apparent that his quick wit and love of his truck are unending.

“It’s important that customers’ needs are met,” he said. “I want them to know I’m going to show up on time, set up what they need and make sure they are comfortable with what I set up. Many times customers do not see anyone but the field technician face-to-face, so my interaction with them is critical.”.

Chris was drawn to the network technician job, because he was looking for something different. He had always been in similar jobs that were complex, but the network technician job seemed like a welcome challenge. He said it only took him three to four months to learn the ropes, because he had great teachers. After those four months were over, it was time for Chris to start traveling to customers on his own.

After traveling across Oklahoma for nearly two years, he said he has seen a lot of weird yard art and met a lot of kind people. The people Chris meets along the way aren’t the only people he enjoys working with though. Chris loves being part of the network technician team and counts it as the most memorable part of his experience with OneNet so far.

”Everyone that works on the network technician team is dedicated to their purpose,” he said. “They make everything seamless. Truly, they are top-shelf people who make coming to work a joy.”

When asked what makes OneNet unique from other companies Chris had, as one would guess, a quick answer.

“I don’t think there is a single person within OneNet who doesn’t want to come into work in the morning,” he said. “That isn’t something you find everywhere.”

Where passion and talent intersect, you’ll find Chris in his truck on his way to help a customer. It is employees like Chris who are dedicated to their jobs that make it easy to power possibilities across the state of Oklahoma. 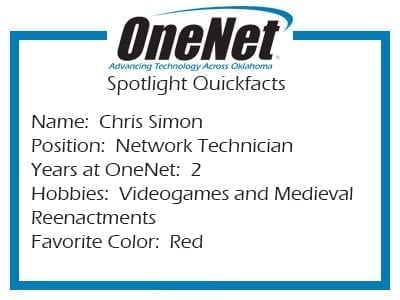 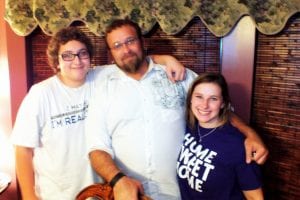 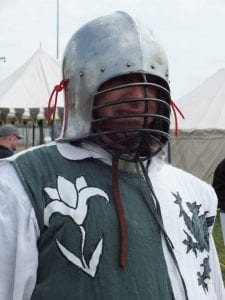