In the last decade, research on the human genome has produced exponential growth in our understanding of DNA, genetics and disease. With the increase in science and data for this research, there is an equal demand for technology that can maintain and move the data when necessary.

Bioinformatics allows scientists to make assumptions about datasets without having to individually track each data point. This saves significant time and has enormous possibilities for the future of Oklahoma.

Brian Couger, a researcher at OSU, uses supercomputers regularly for his work in bioinformatics. He said that researchers at OSU have been able to evaluate the use of fungi in biofuels, study pathogens that damage poultry populations, analyze the human genome for diseases and numerous other experiments that have real-life implications for the state of Oklahoma and beyond.

In addition to tracking datasets, these supercomputers allow researchers like Couger to collaborate with fellow scientists thousands of miles away. 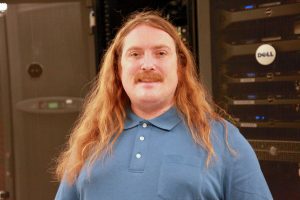 “Datasets must often be moved across the country for analysis or sent to collaborate so that further specialized examination can take place,” Couger said.

But sending high-volume data across conventional networks is not easy. Typical Internet connections are not capable of handling the load capacity that bioinformatic experiments generate. This is why OneNet’s 100 gigabit-per-second (Gbps) network is essential for innovation at Oklahoma’s top research institutions.

The 100Gbps ring allows these universities to perform groundbreaking studies and move big data to numerous cities around the country without burdening the university’s Internet connection.

“Without the use of a high-speed network, these tasks would range from highly impractical to outright impossible,” Couger said.

OneNet deployed the 100Gbps network in 2015 as a way to support research initiatives in Oklahoma.

“Technology is one of the best tools we can put in the hands of our brightest minds,” said Von Royal, OneNet’s executive director. “At OneNet, we are committed to empowering as many citizens, students and researchers as possible with the means they need to succeed.” 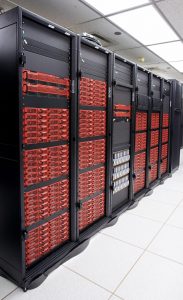 This supercomputer at OSU is affectionately named ‘Cowboy’.

“Today we are in a period where many experiments outright require high performance computing to complete analysis,” he said. “There is also a large influx of new groups making use of high-performance computing, which traditionally may not have in the past.”

Couger said that supercomputers and high-speed networks like OneNet’s are allowing scientists to more efficiently study genetics than ever before, which in turn has significant value for the future of science.

Currently, anyone can map their genome for little more than $1,000. Genome mapping allows individuals to scan for genetic risks like cancer. But, Couger says the use of supercomputers is quickly changing the accessibility of a once expensive assessment.

“This rate will continue to decrease until it reaches zero,” he said. “It will become as routine as a blood draw at your primary care physician.”

Royal said he believes the work at Oklahoma’s research institutions will continue to make significant advancements with the 100Gbps network.

“The purpose of the 100Gbps network is to foster innovation and initiative, and OneNet is proud to play a part in it.” 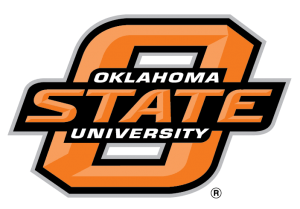 “Technology is one of the best tools we can put in the hands of our brightest minds,” said Von Royal, OneNet’s executive director. “At OneNet, we are committed to empowering as many citizens, students and researchers as possible with the means they need to succeed.”