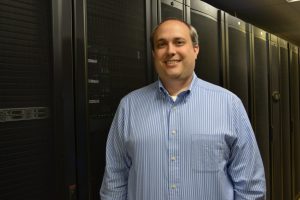 When you cross paths with Brian Burkhart, you can feel the warmth of his smile. Burkhart is the epitome of awesome. OneNet staff will tell you he’s not only a genuinely nice person, but he’s always willing to help on any project or issue, too. As OneNet’s director of network systems, he has strong technical expertise but also takes the time to explain technology for the less technologically savvy staff.

Burkhart began his career with OneNet in 1999 when he learned of an opportunity with OneNet. Almost two decades later, Burkhart is still using his technical expertise to make OneNet’s statewide network run smoothly.

“Some of the greatest changes I have witnessed here at OneNet are our growth in virtualization technology, commoditization of hardware and advances in open-source software,” he said.

These advances in technology have allowed the systems team to more efficiently serve OneNet’s statewide customer base. As technology enables faster connectivity and services, Oklahoma’s educational and non-profit organizations are able to serve more citizens with unparalleled network quality. 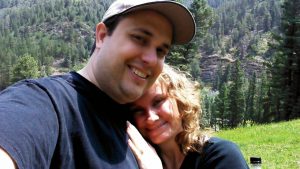 While technology dominates Burkhart’s work schedule, in his spare time he enjoys relaxing and spending time with his family. Brian frequently goes camping in New Mexico with his family, where they can avoid Oklahoma’s summer heat and relax. Surprisingly, Burkhart’s ideal vacation space is void of many of the technology he spends most of his time around, too.

Burkhart is a lifelong Oklahoman with small town roots, too. 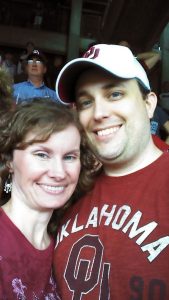 “My father was a funeral director in McAlester, and then later opened his own funeral homes in Clayton, Talihina and Antlers,” he said. “My brother Thomas owns and runs the family business now.”

Brian attended college at The University of Oklahoma, where he earned a bachelor’s degree in computer science. During his college years he met his wife, Kristi.

“I’ve got a beautiful wife who’s way out of my league,” he said. “She’s an OSU alumna, but other than that, she’s perfect.”

Much like everyone else who works at OneNet, the teamwork environment is what motivates him to best serve our customers.

“I have work that I enjoy, our customers are great, and the technology is a lot of fun to work with,” he said. “But, the people I work with are the best part.” 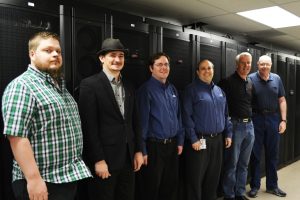