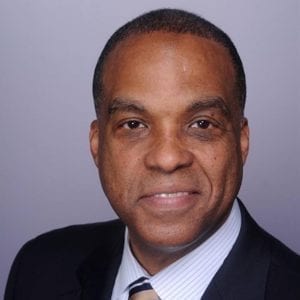 We recently visited the information technology department of a K-12 school district, who chose us as their provider for the upcoming year after using another provider for many years. As we gave an update on OneNet’s network, the school’s IT team was impressed to hear how the network has changed since they were last with us. The discussion showed me that we need to keep our customers better updated on the advancements to our network.

This topic is timely as we celebrate OneNet’s 20th anniversary this year. Looking back to our beginnings in 1996, not only has technology advanced, but OneNet has transformed from a network designed to carry video transmissions to a network that supports big data movement around the globe.

In OneNet’s infancy, the network was designed with point-to-point circuits, using what is known as T1 technology. These point-to-point circuits utilized Oklahoma’s higher education institutions as points of presence and supported distance learning initiatives. From T1 technology, OneNet transitioned to TDM, which supports data transmission using both copper and fiber cables. This network was designed as a hub-and-spoke infrastructure, with hubs in Oklahoma City and Tulsa and spokes reach every corner of the state. Early infrastructure supported bandwidths up to 45 Mbps.

The first significant advancement to the network was implemented in 2002. Through a $1.7 million upgrade, OneNet deployed a meshed-routed core infrastructure, which enabled the network to provide higher bandwidth Ethernet services to our customers. This upgrade utilized DWDM (dense wavelength division multiplexing) technology, which carries multiple services over single pairs of fiber. This technology made the network much faster by supporting bandwidths up to 32 separate 10 Gbps connections per fiber pair.

In 2006, the next upgrade invested $8.1 million in routing and switching technology, creating an expanded optical network. This upgrade better positioned OneNet to serve customers, because we were less dependent on other providers to carry our remote hub site traffic directly to the core of our network. The optical network greatly increased our capacity and created multiple traffic paths for redundancy, ensuring reliable service for customers.

The next upgrade in 2011 coincided with a $78 million grant, which was awarded to construct and light fiber across significant portions of Oklahoma. OneNet provided a portion of the math by replacing all of the networking equipment with newer technology. This upgrade also enabled OneNet to provide MPLS (multiprotocol label switching) capabilities to customers. This virtual data transfer technique opened new avenues for customers with multiple locations to connect seamlessly and securely across the network.

As part of the 2011 upgrade, OneNet also implemented IPv6 readiness. With the rapid growth of the Internet, individual device usage and the internet of things, IPv4 space will not accommodate enough devices for the future. OneNet customers have the option of moving to IPv6, which optimizes service delivery across the Internet. In addition to IPv6 readiness, OneNet began offering quality of service (QoS) to customers needing to prioritize their network traffic to support specific business applications. QoS gives customers the flexibility to control their traffic to ensure their most important applications are fully supported.

OneNet’s network capacity grew immensely with the completion of the Oklahoma Community Anchor Network (OCAN) in 2013. This grant-funded network includes more than 1,000 miles of high-speed fiber, supporting 10 Gbps of traffic. OneNet manages and operates the network, and our customers benefit from the increased capacity. OCAN’s extensive optical presence enables us to provide customers with bandwidth options over 10 Gbps and offers opportunities to telecommunications companies to purchase transport to expand their own networks throughout Oklahoma’s rural communities.

OneNet’s most recent expansion was just completed in 2015, with the deployment of a 100Gbps ring to support big data movement for Oklahoma’s research universities. The ring connects researchers at the University of Oklahoma in Norman and Oklahoma State University campuses in Stillwater and Tulsa to OneNet and our connection to Internet2’s 100 Gbps nationwide network. As weather, physics and other research drives demand for big data movement, OneNet has strategically positioned our state to participate in world-class research around the globe.

As part of the deployment of the research ring, OneNet implemented another new technology—software defined networking (SDN). Implementing SDN allows us to control network traffic dynamically and change network controls based on software, improving network performance for research scientists moving data across the ring.

As we celebrate our 20th anniversary, OneNet can be proud of the world-class network we have built over the last two decades. From T1 circuits to a 100 Gbps network, OneNet has made innovations to keep Oklahoma on the leading-edge of technology. Today’s network offers OneNet’s customers the technology options they need to fulfill their missions in education, research, health care and public service. I’m proud I have had the opportunity to be a part of OneNet’s history and to play a role in furthering OneNet’s mission of advancing technology across Oklahoma.