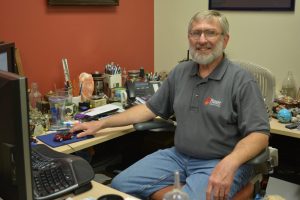 Thirty-two years ago Andrew Peters began his lifelong career at Pioneer Library System. As associate director of technology, he has witnessed first-hand how the internet has changed the way libraries function. From the emergence of email 20 years ago, to 100 MB connections today, internet connectivity has improved the ways libraries serve communities.

Libraries have always served to enable equal access to information. Peters said he believes dramatic improvements in technology have solidified this role of libraries in Oklahoma, especially in the rural counties Pioneer serves.

“Internet has enabled greater access to information,” he said. “Previously, budgets would constrain the amount of books we could provide. Now, the internet expands access at a lower cost.” 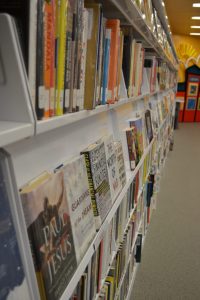 Expanding information access with lower costs has always been Pioneer’s motto. Pioneer Library System became Oklahoma’s first multi-county system in 1958. They now serve 10 communities across three counties with 11 branches. A library system like Pioneer enables libraries in smaller communities to pool resources, so that even the most remote Oklahoma citizens in these communities have equal access to information.

Stand-alone libraries are often limited by how much tax money they receive and how many individual contributions are made towards the library. Library systems like Pioneer allow anyone in even the smallest communities to request books and resources from any of the member libraries.

Resource sharing extends to technology, too. OneNet has served all of Pioneer Library System since OneNet’s formation in 1996. By connecting all 11 libraries to OneNet, Pioneer creates management efficiencies that are passed down to communities.

“OneNet streamlines our infrastructure,” Peters said. “Instead of calling several different telecommunications companies for troubleshooting or questions, I can just make one phone call.” 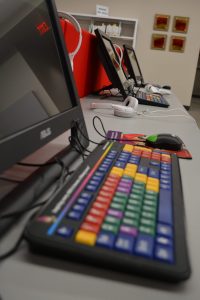 Since Pioneer’s partnership with OneNet began 20 years ago, technology has drastically improved. Peters said some of the first internet connections were 96 bits. Now the average connection is more than 100 MB—the difference is astronomical.

“When I first started, we had 60 computers,” Peters said. “A friend of mine worked in a large out-of-state system that had 500 computers. I told myself ‘I’m glad we’ll never have to manage that many.’ Now we have 1,000.” 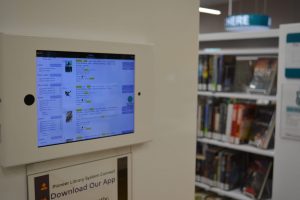 Greater bandwidth and more computers mean technology has become an integral part of how libraries equip citizens to engage with the rest of society. Peters said he believes the partnership between OneNet and Pioneer ensures that Oklahomans can always depend on a reliable internet connection for critical needs. As technology evolves, Peters is confident that Pioneer’s partnership with OneNet will pave the way for innovation.

Now 20 years after the partnership began, the same spirit that enabled rural communities to share reading materials is now connecting Oklahomans to the rest of the globe.

“We chose the name of our system because we were the first of our kind—pioneers,” Peters said. 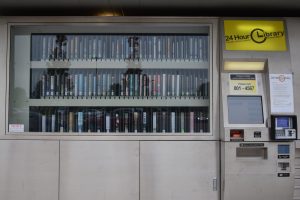 Much like a movie renting kiosk, A 24 hour library is available outside Pioneer Library System's headquarters in Norman. Citizens can browse and rent available books at any time during the week. Reliable connectivity enables citizens to be more engaged than ever before.