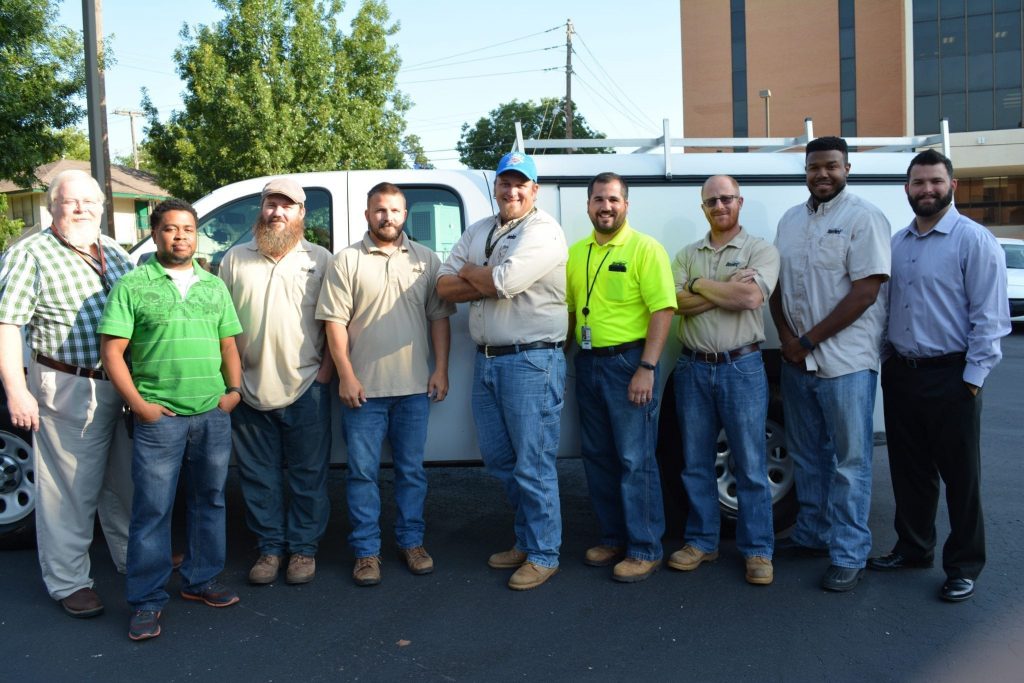 OneNet’s infrastructure group is a brotherhood in every aspect. There’s an added level of fun to whatever environment they’re in. They also carry an unwavering commitment to the OneNet network and a love for their jobs.

The infrastructure team manages all hands-on aspects of OneNet’s statewide network and backbone, which means their job descriptions vary daily. 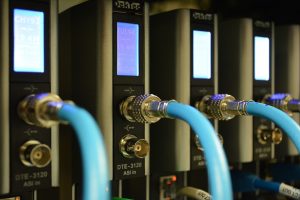 “They travel in all conditions to keep the network powered, cooled, dry and connected,” said Randy Crosby, OneNet’s director of network infrastructure.

The dynamic nature of the job is what the team thrives on. On any given day, the OneNet infrastructure team could be at every corner of the state, helping maintain the network.

“The job can range from locating fiber, spraying for weeds, chopping down trees, installing equipment or turning up a circuit,” said Nick Thigpen, network technician, “But every job, no matter how tedious, helps keep the network running.”

The team might not know what their job will be until they arrive on sight. The frequent change of pace makes work interesting, but the unpredictable nature of it means they need to be prepared for extreme conditions.

In January 2016, an ice storm left the entire city of Altus without power for days, including Western Oklahoma State College, a OneNet customer. But OneNet’s team never sleeps, and technicians Chris Simon and Brad Page made the trip with OneNet Engineer Sean Carr to set up generators and restore power. After hours of work, the three ended up sleeping on couches in the college’s lobby until the generator could be serviced the next morning.

That might sound uncomfortable for most, but Simon and Page cite that experience as one of their most rewarding at OneNet, and they’re not alone in their dedication to the network.

Making customers happy is not only a priority for everyone, but also a source of encouragement and motivation. OneNet Network Technician James Billings and Optical Specialist Bruce Gordon said after-hours calls are much easier when they know customers will be relieved after an issue is solved.

“The most rewarding part of my work is seeing how happy a customer is after we’ve restored the network for them,” Billings said. 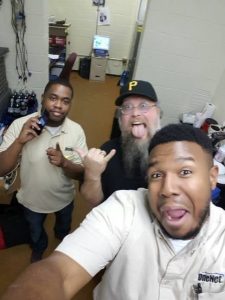 Billings and Gordon take a selfie with a satisfied customer

Once, a customer was so excited about his connection that he requested that Billings and Gordon take a selfie with him so he could document and share the experience with others.

“It took Bruce and me by surprise,” Billings said, but they happily obliged.

In a modern society, internet connectivity is essential for the daily operations of most organizations. The infrastructure group sees this firsthand every day. Because of this, every person is willing to go to great lengths, no matter the situation, to help customers in whatever way they can. As their leader, Crosby said that’s what makes OneNet a cut above other providers.

“What separates OneNet as a provider in Oklahoma is our flexibility and innovation,” Crosby added.

While customer satisfaction is a major motivation factor for the infrastructure team, friendship also makes their job more enjoyable. Spending five minutes in their daily morning meeting makes it clear that laughter is a large component of their work life.

“My favorite part about my job is my coworkers. I love the family feel,” Billings said.

Like any team, each member has a different personality, preferences and experiences; however, a common thread is a dedication to the network and an understanding of the value our customers bring to our state.

Who wouldn’t want to be part of that kind of family? 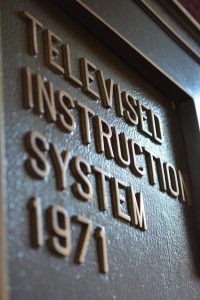 Did you know? Before OneNet was created, the Television Instruction System managed distance learning for the Oklahoma State Regents for Higher Education. The plaque is still visible in the infrastructure building.